The Flight of Bonnie Prince Charlie

A day by day account of Bonnie Prince Charlie's wanderings after the Battle of Culloden to the day he left Scotland for France.

The information on this page has been extracted from: Itinerary of Prince Charles Edward Stuart, From His Landing in Scotland July 1745 to His Departure in September 1746, Compiled from The Lyon in Mourning supplemented and corrected from other contemporary sources by Walter Biggar Blaikie. Edinburgh, 1897. 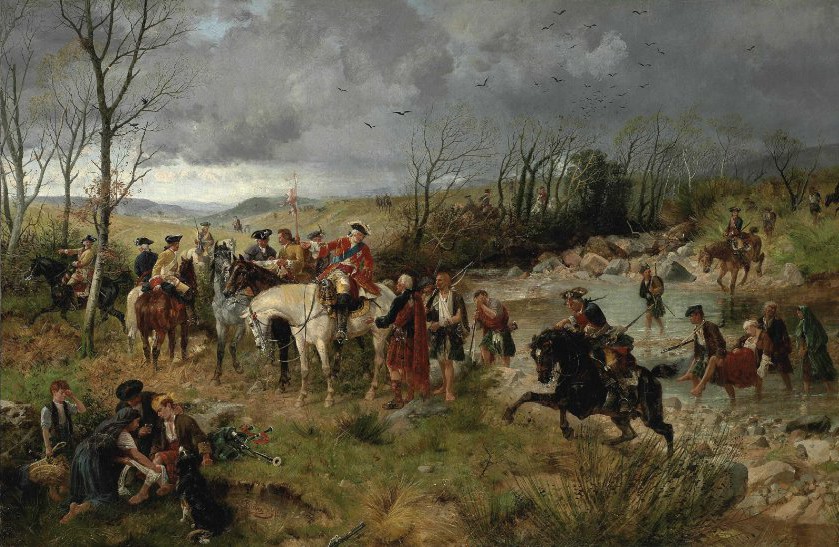 Halt of Prince Charles Edward on the Banks of the Nairne, by Richard Beavis (1824-1896)